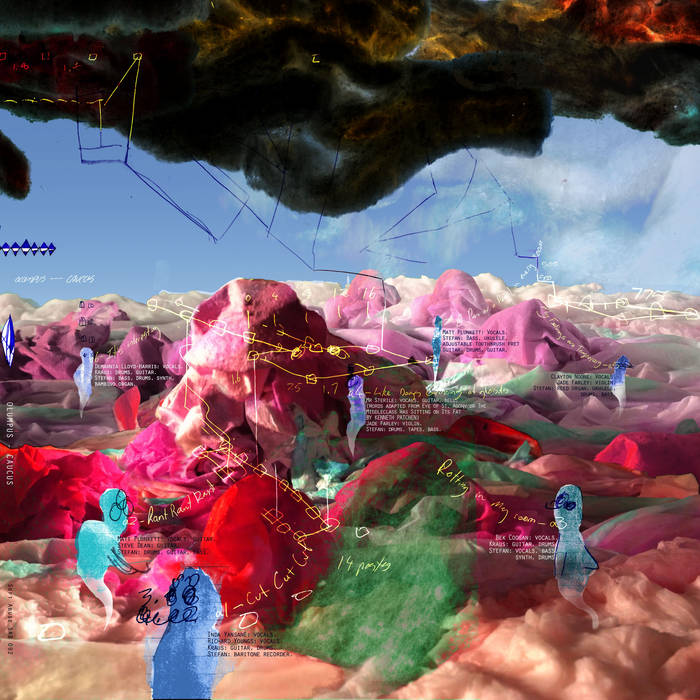 Olumpus, née Olympus, have bubbled-up for another round nearly a decade after the release of their first LP. Bold Mould, their debut, brought two known quantity one-man racket makers--Pat Kraus and Stefan Neville--into fine duo form, birthing a brilliant post-punk side in the tradition of Jane from Occupied Europe. Caucus is their second LP, and it operates on a whole other level entirely. Caucus finds Stefan Neville in full mad scientist producer mode, at the controls, morphing Olumpus into some sort of Flying Lizards operation with himself in the Cunningham role & a giant cast of collaborators from various corners of the fertile New Zealand underground and further points abroad. The results are dense, hallucinatory, warped and catchy, and analogous with hardly anything.

Produced & assembled on tapes and computers by Stefan Neville. Special thanks to Jade Farley for extra ears & support.

All parts made up by the people doing them.