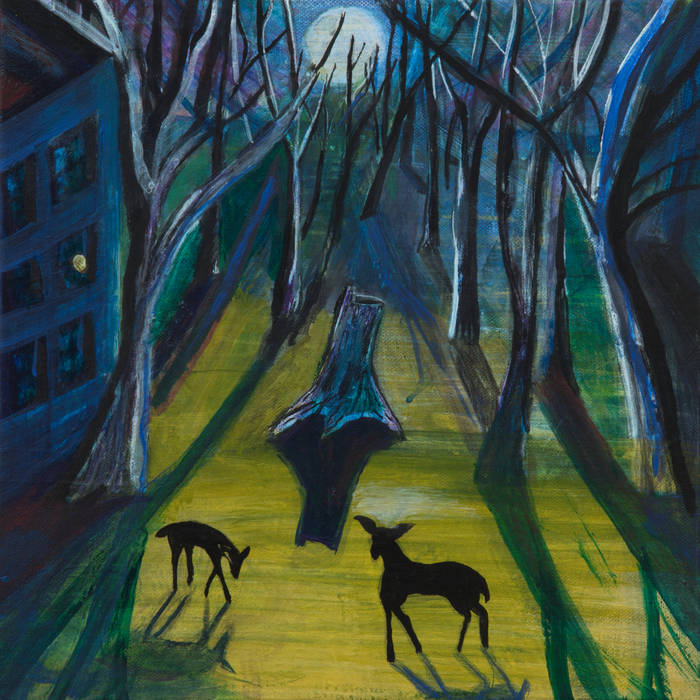 Absalom is the 4th full length release from Donovan Quinn (Skygreen Leopards/New Bums), and his first solo outing in 7 years. Coming out of the psychedelic underground school of '01, Quinn has slowly built an idiosyncratic catalogue that combines obsessive long-form metaphors and oblique arrangements with simple song structures.

The idea for Absalom started with an abandoned project called "Fan Fiction," intended to build songs based on the lore of other artists, as well as expanding on originals previously written by Quinn. Tucked away in the vaults are demos continuing the stories of characters from two Squeeze hits, Clarice Lispector's Aqua Viva, Jozef Czapski's lectures on Proust in a Soviet prison camp, Jackson C. Frank's "Tumble in the Wind", and the biblical story of Absalom. Bored by the limitations of the project, "Fan Fiction" was scraped, but the themes of familial dissolution and love in the Absalom story that provided a genesis for what became the Absalom album. Printed on the back of the LP sleeve are two quotes that provide a good starting point to the type of blues contained in therein.

"That our words, are as a general rule, filled, by the person to whom we address them, with a meaning which that person derives from her own substance, a meaning widely different from that which we had put into the same words when we uttered them, is a fact which the daily round of life is perpetually demonstrating." - Marcel Proust

"Look at me and love me. No: you look at yourself and love yourself. That's right." - Clarice Lispector